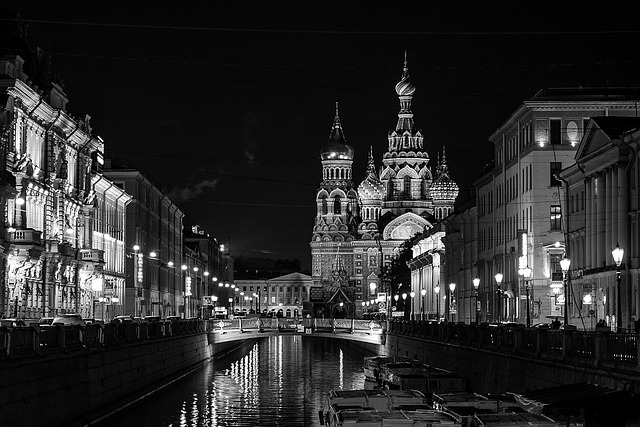 Russian Federation, with its capital city Moscow, is a country located in Eurasia that is settled at 17,075,200 square kilometers and also recognized as the largest country in the world by surface area and covering more than one-eighth of the Earth’s inhabited land area and the ninth most populous, with over 144 million people at the end of March 2016. One part of the Russia is much more populated than the other one and also more urbanized, let’s say about 77% of all the population is located in the European Russia.

The Russian economy ranks as the twelfth largest by nominal GDP and sixth largest by purchasing power parity. Russia’s extensive mineral and energy resources are making it a world leader on producing oil and natural gas and also is been characterized as a potential world superpower.

Russia is one of the main poles of attraction of investments in the world and a growing market.

Are considered VAT taxpayers all companies and individual entrepreneurs residents and non-resident companies carrying on business activity in Russia through a permanent establishment, a branch or a representative office carrying on trade activities, except subjects who achieve a turnover of less than 2 million rubles (€ 54,000) in the previous three consecutive months (excluding taxpayers who sell goods subject to excise duties in the three consecutive months prior to the request and obligations regarding the imported goods).

This exemption does not work automatically, but shall require the submission by the taxpayer, the tax authorities of the place in which it is registered, a specific declaration together with the necessary documents.

The waiver request is irrevocable for a period of 12 months (in the case of the existence of the conditions), after which the individual must file a new declaration to renew the exemption, or to renounce it, in case of lack of requirements needed.

– Services connected with immovable property (design, construction, maintenance, etc.) Are deemed to be effected in Russia if the property is situated there;

– For services rendered in the artistic, cultural, educational, tourist, sporting, it detects the place where they are made;

– Finally, it detects the place of residence of the buyer for the majority of intellectual services (legal and business consulting, accounting, research and development, advertising, information collection, etc.), for the transfer of intellectual property rights ( trademarks, patents, licenses, copyrights), for the leasing of real estate, excluding means of transport by road (for which you apply the general rule), etc.

Residents are subject to tax on income produced anywhere while for non-residents the tax is only limited to income earned in the country. Taxable persons are both residents and nonresidents. According to the Russian legislation is considered tax resident the person who has resided in the Federation for at least 183 days, not necessarily consecutive, in the fiscal year and is of Russian nationality.

The income from business activities is generally taxed on the difference between revenues less related costs. However, an individual entrepreneur may opt for a type deduction lump-sum on 20% of their income.

The income from capital gains

The capital gains earned in respect of the business included in the calculation of such income. The income from the disposal of real property is exempt if it is held for at least three years. In the case of possession for less than three years it is still present a deduction of one million rubles for residential real estate and 250,000 for other types of property.

The Russian source income paid to people considered not fiscally resident in the Federation is subjected to taxation in relation to: dividends and interest paid by a resident company, sole trader or by a permanent establishment of a non-resident company; The income received by a non-resident are subject to tax of 30%, with the exception of dividends received serving a withholding tax of 15% and royalties and interests serving a withholding tax equal to 20%. The tax is generally withheld as a tax. There is no provision for non-residents any form of deduction or deduction.

It applied the rate standard of 13% of income tax to be regarded highly specialized staff operating in Russia on the basis of an employment contract Russian and the amount of which exceeds two million rubles per year.

The income tax on companies

A company is considered to be tax resident in Russia if it is incorporated and registered here, if the offices are in Russia, or if the country carries out its activities through a permanent establishment.

A foreign corporation is a resident if the board of directors meets mostly in Russia or here there were the main activities of management.

The tax base is defined by the total revenues which are deducted the costs of production and other permitted deductions.

The legislation recognizes as deductible not only of ordinary operating costs borne by the company, but also various kinds of losses arising from extraordinary events, such as:

They are subject to some limitations expenses such as those for advertising and entertainment, interest with related parties and certain research and development expenses.

Exports and services related to them are exempt from VAT. This will also include other goods and services that do not involve the taxation, for example, health services, the rental real estate, insurance contracts, the services of the banking sector and the sale of plots of land.

They consider themselves instead VAT payers all companies and individual entrepreneurs residents and non-resident companies which carry out entrepreneurial activities in Russia through a permanent establishment, or at least a branch or a representative office carrying on trade activities. They may ask to be exempted from VAT for individuals who have turnover of less than 2 million rubles in a quarter.

It’s expected rate standard , equal to 18% while for basic foodstuffs, articles for children, medications, periodicals and books there is a 10% tax rate. The VAT tax base is the price of goods sold and services provided, while donations are referred to the specific market value. Finally, always about to VAT ordinary formal registration requirements are specified both in terms of sales and purchases and full respect of the usual clearance formalities and declarative.

The taxes on the property are a regional responsibility, so the rates and some features may vary from place to place, except fixed assets with a useful life of less than one year.

The tax base for the movable assets is their value net of depreciation while for the cadastral property. Different is also the rate that for the first can be a maximum of 2.2% while for the latter at most equal to 2%. To land the tax rate is 0.3% for agricultural land used by the owners and 1.5% for others.

Why You Should Choose to Invest in Russia